The tendency to shame other women for a variety of things seems to be the current trend. Have you noticed that? I’m sensitive to it, as I’m sure many of you are, not because I’ve been on the receiving end of it (although I have, and I’m sure all of you can relate) but because I look at the women in my life and recognize how beautiful they are, and how angry I get when someone hurts them. This might sound squishy, but it’s only recently that I’ve reconnected with the absolute joy of female friendship, which in turn makes me appreciate being a woman even more. So when I see women shaming other women, judging them and insulting them and putting them down, it makes me sad. Here are some of the most common ways women shame other women – and why we should stop.

1. The Scourge of Slut-Shaming

Slut-shaming is incredibly – and regrettably – prevalent. It takes many forms, making it one of the biggest ways women shame other women. In fact, girls are shaming other girls. This type of shaming knows no age limits. I think we’ve probably all called someone slutty, whether it’s a random girl in a short skirt or the woman at work who talks about the guys she dates. The thing is, what business is it of mine or yours or anyone’s to pass judgment? Does it make us feel better to berate another woman because she has one night stands? Or would it be better to maybe ask why, to consider if there’s a deeper reason? Even if there’s not, even if a woman is just a sensual, sexual being who enjoys sex, is it our place to call her a slut?

2. The Bitchy Beat down

Since I’ve been known to call out bitchy behavior myself, I’m going to be totally upfront here: in some cases I subscribe to the Mo’Nique philosophy, meaning that if, at some point, I am acting like a bitch, knowingly and with bitchiness aforethought, then that’s what the eff I need to be called. I’m okay with that, although your mileage may vary. In my experience, however, bitch-shaming for no real reason occurs when a woman is powerful, strong, confident, sexy, beautiful, smart, and successful. Sometimes, when a woman is perceived as a threat in any way, she’s branded a bitch out of turn.

Fat-bashing, skinny-bashing, boob-bashing, butt-bashing … I hate seeing women shame each other for their body types. Fat-shaming is more mainstream, in that people seem to talk about it more and to consider it perfectly okay, but body image bashing knows no weight or shape. The thing is, true beauty doesn’t have a weight or a shape either. The need to put someone down based on the numbers on a scale, the cups on her bra, or the size of her ass is superficial and unnecessary. Since I do adore quoting Mean Girls, let me ask you this: does calling another woman fat make you feel thinner? Does putting down a skinny woman make you lose weight?

Going back to the bitch quotient, it’s also becoming something of a trend to shame women for their success. You’ve heard it before, I bet. A woman gets a promotion, a raise, a bonus, and suddenly the whole office is whispering about how she must have slept with the boss. It even happens in high schools and colleges. A girl gets an excellent grade, and people start gossiping about what kind of “extra credit” she’s getting from the professor. Since when did success become something to demean?

5. You Are What You Wear

6. A Minor Difference of Opinion

If you’ve ever been on the receiving end of any of the shaming tactics mentioned here, or tactics I didn’t mention, you know how much it hurts and how much trouble it can cause. Bullying is such a widespread issue, and this is an extension of it. I think it’s important to support other women whenever possible, not compete with them or judge them. Because what’s the point, really? How does it help you? Let me know if you’ve ever been shamed by other women, talk about how it made you feel, and remember all the while that you are beautiful. culled allwomenstalk

It’s Going To Be An Awesome Week! 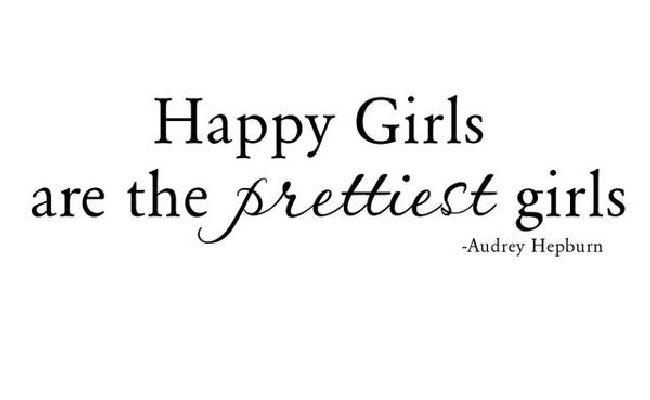