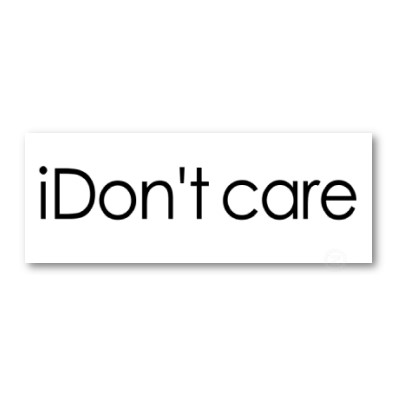 Indeed, life’s greatest snare is Indifference. In my honest opinion, I believe it is our indifference to our issues (politics, socio-economic growth, education, and ultimately our collective dreams)  that keeps us drenched in worry, confusion and poor development in all areas of our lives – personally and as a nation.

It’s been over a week since four young and promising lives were crushed out of existence; it’s been many months ago when a young girl was raped by five men and was recorded and posted on you-tube; many weeks of flooding in many areas in the Nation; and many other issues that we conveniently rant about for a few days and then watch as it slips under the carpet.

Under the Nigerian carpet are many unresolved issues- issues we had once fought hard but not long enough for. These are issues that crawl out from their hiding place to torment us later.

It is a vicious cycle of felony and neglect. Ultimately, it is our indifference that is killing us – not the many crimes that have been committed.

If we can find our passion and run with it, no matter how small we think the issues are, we will change our society and break the vicious cycle so that our children can inherit a more stable society.

Let us find the passion to fight for what we believe in. If we stamp our feet hard enough on the ground, the earth will shake!

Joke: Letter From Son To Dad