I came across an interview online which made me reflect on the issue discussed, so I decided to share, we are all probably guilty of referring to someone as ugly one time or the other. Hmm, read this

“Tootsie” was one of the most successful movie comedies of the 1980s, but it left a serious impact on its leading man, who dressed as a woman for the role. Dustin Hoffman has revealed he was not only a bad looking woman, but that he also realized one of our culture’s greatest flaws while making the iconic film. In a video interview with the American Film Institute that has gone viral, Hoffman discusses his “Tootsie” role, in which he played Michael Dorsey, a strong-willed but out-of-work actor who lands a role on a soap opera by posing as character actress Dorothy Michaels. In the interview, Hoffman says that to prepare for the film, a team of makeup artists turned Dustin into Dorothy to see if he could look plausible as a woman on screen. With the right makeup and costume, Hoffman could pull off the ruse, but he was disappointed that he wasn’t more attractive.  Really disappointed.
Hoffman asked his team to make him more beautiful, but he was told, “That’s as beautiful as we can get you, Charlie.” Hoffman recalls that when he saw himself as a woman, he started crying and told his wife:

“I said I have to make this picture, and she said, ‘Why?’ And I said, ‘Because I think I am an interesting woman when I look at myself on screen. And I know that if I met myself at a party, I would never talk to that character because she doesn’t fulfill physically the demands that we’re brought up to think women have to have in order to ask them out.’ She says, ‘What are you saying?’ And I said, ‘There’s too many interesting women I have … not had the experience to know in this life because I have been brainwashed.'”

Hoffman says he had an “epiphany” about how women are judged for their appearance — and realized he had been participating in the offensive behavior, ignoring women who weren’t quite beautiful enough…..

Many have missed out on the best people for them, some men have missed out on the best wives and mother material, while some ladies have lost their way searching for the wrong things. I have been in conversations with ladies that said things like “I’d rather be single my whole life than marry a short man”.  A very talented and outspoken presenter material couldn’t get a job because she was not ‘beautiful enough’, the programme director thought that she is not ‘beautiful enough’ for television even if she was the best at her job. Flight attendants have to have a particular look (hot and sexy). Why is our society laying so much emphasis on looks? It turns the so called beautiful ones into arrogant ones because our society has made them look like idols (it takes the grace of God to be drop dead gorgeous and not be proud). The best balance is to be beautiful both inside and outside. Of what use is external beauty if the attitude stinks? And also, everyone is beautiful in their own way, beautiful spirits, beautiful features etc.

Wherever you are, any part of the world, wherever you are reading this, never judge a person by their looks. Because beauty does not equal value. 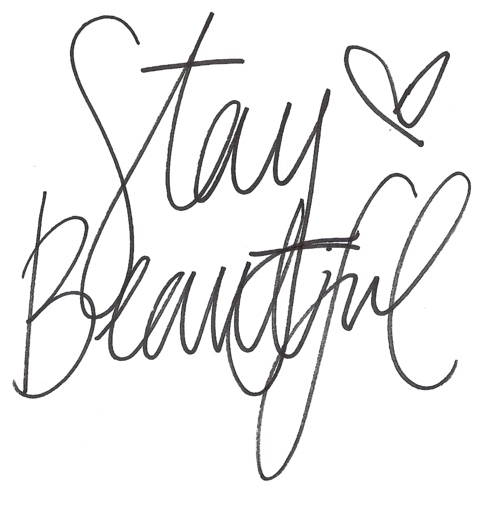 Setting Goals for the Week!